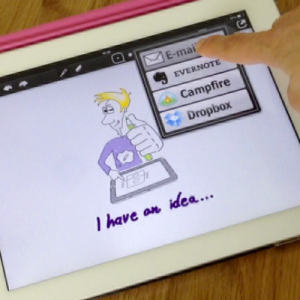 Use the native mail composer to send e-mails with attachments.

We have decided to stop the development of this ANE, but leave it free. Note that it will work on iOS versions with support for 32-bit apps. For all other iOS versions you need the universal (32- and 64-bit) ANE. 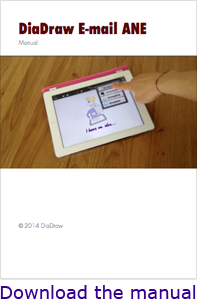 What does it do?

The e-mail ANE is an AIR Native Extension for iOS versions that can support 32-bit apps which allows you to send e-mails with attachment from Adobe AIR.

Credit where credit is due

The first version of this ANE was based on Piotr Koscierzynski’s brilliant tutorial In-app mail composer, which he published in November 2011.

So did the world really need yet another e-mail ANE?

In early 2012, when we first needed an e-mail ANE, Adobe and Apple’s SDKs didn’t quite see eye to eye when it came to orientation. The ANE would fire up the e-mail client and your app would randomly rotate when you closed it. Slightly unexpected and kind of fun, but not a plus if you wanted your app approved by Apple.

We implemented a fix for that to scratch our own itch, as we were just about to release our own app that used the e-mail ANE, IdeaDraw and badly wanted it approved and out in the App Store. So we published our tamed version to help other developers in the same situation and have been maintaining it since. And maintenance it takes… each new iOS release seems to change the rules for view orientation or , I mean changes other rules, which is where we come in with tweaks and fixes.

To put it dramatically: we keep the light on above the trail that Piotr blazed for the rest of us… Cheers, man!

The video’s soundtrack is Intermezzo #2, Op. 116 by Johannes Brahms.
What can we tell ya, we love Brahms…
Not totally sure it’s mutual, given Radoslava’s playing, though.
Share on:
WhatsApp